My darlings, howya? This week, I have a few things to share with my ladies. Guys, take a knee. Yours is coming soon. Sweeties, I have spent the whole of last week doing a survey. I asked for the attributes guys find unattractive in women and what will they consider deal breakers in a relationship. We have the top 6 answers! Let’s say the answers weren’t too much of a surprise but I still think I should state them in black and white so we are all clear. Don’t say Cherry doesn’t do anything for you. Lol. So without further ado, let’s get into it


QUESTION: What makes a woman unattractive to you and what will you consider an absolute deal breaker? 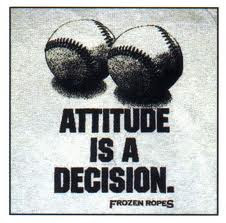 1. ATTITUDE: 34 guys said they cannot put up with terrible attitude. Bad attitude includes things like rudeness, nagging, being a pest-a-bug, being money conscious, having no respect, being lazy, being unambitious, having no self respect etc and etc. Some of these things are obviously self explanatory, others, like having no self respect is open to interpretation. What do they have in common? MEN DO NOT LIKE IT O! As a woman myself, I am guilty of some things here (mind your business! I’m not telling you which ones) Some of those things are defence mechanisms. We are really sweet once you get to know us. But seeing as this is meant to be a no holds barred self appraisal tool, I will shut up and report it without bias or emotion. If you are a harpy; always nagging, my way or the highway type person with no regard for the things you say or you think you are being ‘butty or janded’ by not knowing how to pick up a broom to sweep or not knowing how to cook, well, guys don’t like you!. What this survey shows is that whilst guys appreciate a beautiful woman, no guy really loves you because you are a figure 8. What else do you bring to the table asides from figure 8, a pretty face and ‘forne’? Your attitude to life and attitude to people in general is also a huge factor. Have you ever wondered; if you’re gorgeous, have a great education, have a great job, have amazing friends, why you’re still alone? Could it be because your attitude stinks? Think about it bubbas. On to the next one. 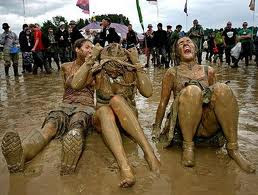 2. DIRTY GIRLS:Yup. You heard, dirty girls. Lol. This was more of a personal hygiene issue, you know. 26 guys surveyed cannot stand women with armpit hair, body odor, bad oral hygiene or are just plain, old filthy. A lot of those grubby bastards don’t care about personal hygiene, so I was very excited when a huge number said it was a no-no for them. Back in the days, when I was in University in Nigeria, there was a girl in my hall that was the dirtiest thing you ever did see. She insisted on wearing white bras. If you are a dirty sonmamabitch, your best friend is black or brown (dark brown) underwear. Trust me. Those white bras were…..let’s just say were white a very long time ago and she would wear them (maybe ‘it’ not ‘them’….maybe it was the same one) under tank tops, further exposing her dirtiness. But, night after night, different boys will be seen coming and going from that room. Guys, abeg, have some taste. My friend told her boyfriend, if I ever catch you creeping with that girl and coming back to me after you have been with her, I will kill you for infecting me with her germs.

SIDE BAR GUYS; There are some girls that you can creep with that we women, though jealous and angry, in our church minds, will respect you for nailing. There are some girls like Dirty McStinky that I just spoke about, that will make us throw up for 1 hour straight at the thought of you sticking your tongue down their filthy throats.

As for women, Ariel is like 100 naira for a small pack. If you don’t even want to bother yourself, at least once a month soak those bloody underwears and give them a good scrub, shave your armpit, loosen your weaveon from time to time (that funk is not right ladies, get it together) wash your hairnet. Gosh, let us talk about hair nets people. You wear it every night and I understand that. But that is not carte blanche to wear it for one year straight without it tasting soapy water. Pls buy an alternative hair net and give your favorite one a good scrub from time to time. As for body odor, I found a great trick; WEAR MEN’S PERFUMES. They are stronger and mask funk better because men are liable to be funky. This is from me to you with love. If people don’t want to hear a secret from you, it means something has died and is rotting in your mouth. Have mercy on the public at large. Some matters cannot be solved with only toothbrush and 2 minutes of going up and down. Visit a dentist, chew specialist chewing sticks if need be, never be found without a packet of gum. Do something for heaven’s sake! Again, this is coming from a place of love. 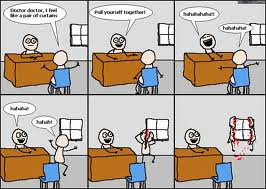 3. NOT KNOWING HOW TO BE PUT TOGETHER:12 men surveyed said, they find women who do not know how to put themselves together, extremely unattractive. What does this mean? I was given a list of things to point out. Someone told me he hates badly packaged boobs. Some of you women don’t even know your bra sizes. Visit me for free consultation on sizes and types of bras for specific breasts. Yes, your breast is 40GG, but if you put those things in the right casing, those 40GGs will be extremely boobilicious.
I am very fanatical about underwear, my sister has called me the Underwear Police in the past. Call me pata police all you want, I don't care. Anyways, when some guys said they hate women with mismatched underwear, I rejoiced! I HATE WOMEN WITH MISMATCHED UNDERWEAR. I think it is juvenile and very unappealing. If you were wondering, yes…. I match…..EVERYTIME. Some guys don’t mind this, hence the small number. But if your boyfriend/husband thinks it is an issue, then it is an issue. No one is saying it must be dead on matching, though that is preferable, but try to get colors that are close to each other.
The list is endless but here are some things that were included; unattractive mani/pedis, over-drawing of eyebrows, re-drawing eyebrows, badly fixed or scanty weaveon, someone even said lacefront weaves. Jokes. But anyway, it is good to find out what you can tone down on and what you need to up the tempo on.

5. In joint fifth place is USING SEX AS A BARGAINING TOOL and RELIGION: 7 men surveyed stated that these are the things they find unattractive. 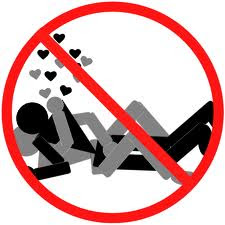 My pastor’s wife says if you withhold sex to punish or to get things from your husband, YOU ARE A WITCH!!! That’s the message. Sex is not a tool, don’t sully it by treating it as such. Men are sick of you using your pussy as a ‘goodies trap’ because you know they want you. It makes you demonic and very unattractive.

Religion on the other hand; pretty much self explanatory. If you are not into God the way he is, and you’re not even trying to get aboard the heavenly train, you are likely to derail him and he ‘don’t wanchu’. Period

6. MISC: Finally, the Miscalleneous category. These are things that one or two men found unattractive in women. The list includes;

•trying to change them; they don’t like that. If you met him as a looser, leave him be. If you are looking for a project to work on and you decided on him, that won’t work. He wants to be a couch potato, channel surfer, thank you very much. He will change when he is good and ready

•not offering to pay for things: they don’t want you to pay, they want you to at least OFFER. I agree. From time to time, pick up the cheque, when you can afford it. Some of you will go out and eat and eat without a dime in your huge bags. Seriously? Get it together ladies. We can’t be chanting we are independent women and not acting it.

•Inability to hold a conversation: yeah, no one wants a real life dummy. They can buy life sized ones on the internet. At some point, they will get tired of gazing into your lovely eyes. Have interests, read a book, watch something, have current affair topics at your finger tips. If talking to you is like watching paint dry, a guy would rather kill himself just for something fun to to, than to put anything on it. Take that to the bank. You can’t be walking around being an air head. Represent beyoootch!

•Can’t cook: this one was very specific. I was made to promise to put it. Boys will literally eat anything. Only a few men have very refined palettes. So this is not gourmet cooking, this is just cooking. Learn how to make the basics; jollof rice, fried rice, stew and chicken. Home run! It is not cool to say I don’t know how to cook. How is that something to brag about? Get some perspective.

There you have it ladies. Top 6 problems guys have with women. Like I said, guys have their own coming. If you are on my bb, send me the list of things that are absolute deal breakers and you find unattractive in men. If not, follow me on twitter @R_eL_aY and send me your thoughts. I don’t tweet much these days but I will for this topic cos : Pay back is a bitch! Leggo ladies!

Posted by CherryWine at 2:59 PM

Email ThisBlogThis!Share to TwitterShare to FacebookShare to Pinterest
Labels: survey