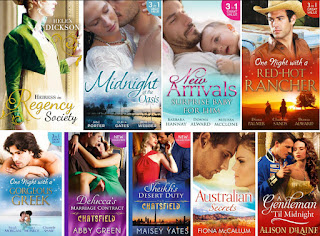 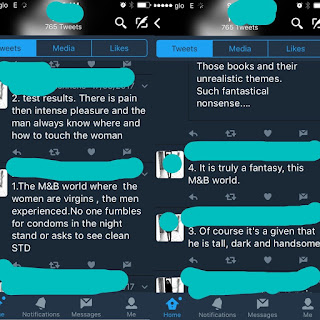 Apologies for my failure to post last week and failure to post on Thursday as per usual. I've recently taken on more responsibility at work and I'm trying (and failing most days!!!) to prepare for an examination. I really am trying not to fall off and keep my commitment to post once a week, the Lord being my helper.

Today's post is a bit of a sombre one.

It was Langston Hughes who said "Life is for the living. Death is for the dead. Let life be like music. And death a note unsaid".

I woke up on Sunday to news that a friend of my sister's had passed after an illness. On Wednesday, one of my closest friends also lost her dad. In this same week, I celebrated both my brother and mother's birthdays. I had a moment of serious clarity; while I was celebrating, people were in mourning. That's just life but it helps you put things into perspective. This is however not the crux of this post.

My sister's friend's death hit me so much. I wasn't exactly friends with him. I can count the handful of times I saw him. But the thought that such a young, meaningful, innovative life had come to an end was too much for me to bear.

Apart from being such an amazing friend to my sister, I admired his business savvy and go-getter attitude. He started a fantastic online business that my friends and I swear by. He told my sister that the business stemmed from his laziness. We laughed about that statement at the time. But here was this young man, who didn't like to do certain things, noting that no one else seemed to like to do these things and the market had not responded by providing an alternative to doing those things. There was a huge gap in the market and he stepped up, conceptualised a business, floated it  and it worked!. He was big on legacy. He started his business to leave something for his kids like his father did. He never got to have those kids but he left a brainchild behind that has the potential of growing exponentially. He had begun diversifying and conceptualising other projects before he passed. He made business development and execution look so effortless.  He worked hard and played hard too.I loved that so much about him.

"It was all a dream. I used to read Word Up magazine. Salt n Pepa and Heavy D up in the limousine. Hanging pictures on my wall. Every Saturday rap attack. Mr. Magic, Marley Marl..." Juicy 1994

I feel like I've been talking a lot about music and entertainment on this blog lately.

If you don't like music...or this type of music...I apologise. But it is what it is. This is the way the "creative juices" have been flowing lately.

Anyways, today, March 9, 2017, marks the 20th Anniversary of  the death of Christopher Wallace aka Notorious B.I.G.
I am now a fan of the culture. I've always been a hiphop head but as I've grown, my love for the culture has evolved to where the music became more important than the musician. Does that make sense? Well, it wasn't always like that.

I was never really a fan of Biggie Smalls. In the feud between the East Coast and the West Coast, I sided with the West Coast, which meant I was a Tupac fan. But even as a young appreciator of music, I couldn't really ignore Biggie's music and style. He was more smooth and lyrical where Tupac was aggressive and punchy. Juicy was the first B.I.G. song I memorised line for line. It was just such a great rap that resonated with me.

I remember EXACTLY where I was when I heard that Biggie had been killed. I was knocked for six! I never thought that hip hop would take it that far. I wasn't a fan then but I thought his music was somewhat dope.

I absolutely cannot believe it's been 20 freaking years though. Wow. The industry lost an amazing talent. A lyricist par excellence. Word Smith extraordinaire. A poet. A legend.

I'm sure today, a lot has been said about BIG so I'm not going to wax poetic about him. I will however, be sharing one of the best stories I've heard told about BIG. This story was shared with the world courtesy Aliya S. King.

I will let her tell you the story in her own words.

Shether - Great for the culture

I've been a hip-hop head for as long as I can remember. I am a fan of lyrics, double entendres, metaphors and word plays.
Rap used to be such an intelligent game. I've always thought that some of the most intelligent entertainers were rappers. Rap essentially was poetry set to music...till it all got ruined. Candy pop rap and mumble rappers came through and dominated the scene.

I've been over new school rap for some time. I stay in my lane, rocking my old school.

So imagine my delight when on Saturday, while I was working at an event, my friend read off her twitter feed that Remy Ma and Nicki Minaj had issues. The first thing out of my mouth was "Nicki Minaj DOES NOT want it with Remy Ma. Remy Ma is the very embodiment of what Nicki Minaj raps about". When I wrapped up at my event and went home, I looked up the issue and came across THE diss track to end all diss tracks!!!

I had to go back and look at the timeline of what led to this epic track.

So...you know the drill by now.

Ok so, except you are unable to read a calendar, today is actually Friday. I couldn't complete the post yesterday because I had a boatload of things to do so I couldn't post as usual. I am sorry about that. But here's my offering; coming a day late.

So even though it is a bit lastma of me; seeing as the Grammy Awards held on the 12th of February, I only recently watched it and as such I am going to give you my highlights and low-lights on the Grammy's because it is when somebody wakes up that it is their morning. So...yeah.

I really enjoyed this year's Grammy awards. I usually can take or leave the Grammy's. It is not a big night for me. I don't throw Grammy award parties where I give out nonsense trophies to my "most congenial friend" or whatever..but if that is you...kudos. However, this year, I actually watched the Grammy's on a work night and watched it till the end.

So I'm going to share my highlights from this year's awards with you and some low-lights too.