Tell your Parents to back off!

Don’t slay me for this title…..hear me out first.

I am so sick of the state of marriages in this generation and in this country of all places. Divorce to the left, divorce to the darn right. When did things become this terrible? I was always boasting to my friends about low divorce rates in Nigeria when I was at school. It was a pretentiously pious society and I liked it like that. It was a lesson in endurance and love standing the test of time. These days, the love does not stand the test of an average wind that blows to herald a rain. What the hell is wrong with our generation? It has been on-going and nobody is paying any attention to it beyond the passing comment of ‘oh, so and so got divorced last month’ I think we SHOULD pay attention. Family is the bedrock of state and country. I have enjoyed the advantages and disadvantages of living in a two parent home. Advantage: over-abundance of love. Disadvantage: parents tag teaming on your ass. The combination of the two have made me a better person. I have nothing against single parent homes. But I believe we should learn from the mistakes of the past; mistakes our parents made in moving forward.

I HATE mummy’s boys. They disgust me. Love your mother, but an unhealthy obsession with your mother calls for psychiatric evaluation. Have you met one of those ‘mummy said’ ‘my mummy took me to…’ at 30 guys? Aren’t they disgusting? You know the type of men that whatever their mother says is the law. I have an advice for you, marry your freaking mother, otherwise, man the hell up!!!!! There is nothing worse than a man that has no spine or say in his household. His mother is right on how to raise the kids, right on the hours his wife should work, right on whether or not they should employ a help. 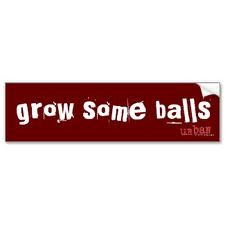 If your parents raised you right and have set good examples for you, they should be able to trust that they have done a good job and your upbringing will shape and drive your decisions without them necessarily butting in all the time. Once again, I stress that it is ok for them to offer advice. What is not ok is for them to want to force their will in YOUR home. Something has got to give. A wife who is not used to over-bearing personalities or even if she is used to it, who cannot take it anymore, will up and leave. I personally would not be able to take that. The bible says “for this reason a MAN shall LEAVE his FATHER and MOTHER and CLEAVE to his WIFE and they shall be ONE FLESH.” Even the bible realized that some parents and sons need to stop cleaving to each other; the man should instead cleave to his wife. This is such an important injunction that it was mentioned at least 4 times (from my count) in the bible(Gen 2: 24, Mark 10:7, Matt 19: 5, Eph 5:31)

A new life has started and it should not always be predicated on the dictates of your old life and how your mother did things. You need to surgically cut the apron strings/umbilical cord that is around some men’s necks. Much as I want and hope to love my mother in law as my own mother, I would not come into her household to take over and I would never let my mother come into my house to dictate to my husband and I. I feel everybody should respect certain boundaries. Your duties as parents is to pray for us and offer advice which I take at my discretion. Not for you to insist. But as a wife, you can’t tell your husband’s mother to back off. That’s your husband’s job and a good man knows when to draw the line without being told by his wife. No need to be rude about it. You need to make her understand that you are following a biblical injunction and she is not helping. A lot of women are strangers in their own homes and that just won’t do. So they’ve decided to up sticks and chuck the deuces at the lily livered husband and his over bearing mother. Check yourselves before you wreck your homes guys.

Women…..definitely not exempt. Our mothers’ influence is stronger on us. There is no such thing as a mummy’s girl….you know why? We are ALL mummy’s girls. So it will be an exercise in futility to coin such a phrase. As much as you think you don’t like your mum, search within yourself, you will find that you have a lot of her traits. We learned at our mothers’ feet. We learned how to cook, clean, take care of men, take care of the home, respond to situations and even think from our mothers. We ARE our mothers, only slightly modified by modernity. I’ve started to talk like my mother. It is still obvious now, I will catch myself saying some things and go, dang, I sound like mummy. In time, the awareness I have of it will fade and I won’t know I’m doing it anymore. In Star Trek speak; ‘the force’ is stronger with us. 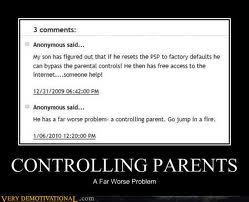 There is nothing worse…. and you can quote me anywhere on this…..there is nothing worse or sadder than a man who had been emasculated and henpecked by a tag team of his wife and mother-in-law. NOTHING! It is a sad sight to behold, I tell you. I have had firsthand knowledge of this in the form of a friend of the family and if wasn’t so sad and if I didn’t also have a brother, it would have been funny.
Why oh why, would a mother bring the aggression of her own failed life or bitter battle she fought with her own in laws into her daughter’s life and fill her daughter with venom towards her own (the daughter’s ) in laws? They are not the ones that frustrated your life or marriage, but they must suffer for it because ‘I don’t want anyone to take advantage of my child’ If she’s old enough to get married, that heifer is not a child anymore. Some mothers, in their own twisted way, actually think they are helping. Newsflash: YOU’RE NOT! A man is over here trying to cleave to his wife, and there you go, being a sandpaper between them. Respectfully ma, you need to quit. Teaching your child how to be rude to her husband, inlaws and husband’s friends in the guise of training her to defend herself is vewi,vewi wrong and sick.

What I find even more amusing is that it is women who are still in their own husband’s houses that like to help their daughters move out of her husband’s house the most. You are in your husband’s house, yet, you will leave there to go and be poking around in your daughter’s house and escalating minute matters to the point where they are talking of separation. I know a couple whose parents are actively involved in their divorce, abeg, wetin be your concern ma, sir? They are already separating, so stay out of it. What we don’t realize is the way we reason things out is not the way our parents look at things. Your husband may leave a glass of water on the table and you’re thinking he was just absent minded about it but your mother will come in and say ‘it is a lie! He is trying to make you his slave’. They always mean well but their concern heightens their imaginations and makes them excitable. This is my opinion sha o.

A woman’s parents’ involvement in her marriage should be minimal. It needs to be. Our parents hold more sway over us than over their male children because they always want to protect us and all those things. Boys are left to largely fend for themselves except in some isolated cases so they end up being more independent than girl children are.

Even if my mother had the inspiration to come and help me move out of my husband’s house, her liver will not gree her because before she gets back, my father would have neatly arranged all her load, pots and pans outside the house. Why would you be instrumental in helping your child destroy her own home all in the guise of meaning well? One thing we all know in my house is this; be careful in choosing your husband, pray earnestly and seek God’s face about it because once you go, you can NEVER come back. This is a lesson in patience and humility, particularly for someone like me who is very impatient. I BETTER drag the patience out from somewhere because once my father hands me over to some guy at the altar, IT IS A WRAP.

Values have changed and things like longevity of marriage and family values have taken a back seat to being goal oriented and career driven. But one day, the money and high flying life will be irrelevant. We will be forced to look back at our lives and face up to the choices we made in life. The parents who were pushing and prodding us would be long gone by then and you will be left with your choices. And what will be even sadder is that it wasn’t the choice of whether to join Brownies or Red Cross that they made for you, it was whether or not you stayed married. You were an adult when you allowed them to push you into some choices and it will be too late to take some things back. We need to be more careful of what influences our parents have on our lives. We must respect our parents. It is biblical. But the bible says ‘test all things and hold fast to what is good’ Not everything they tell you to do is good. Weigh all things with your rational and spiritual mind. Be wise. Be strong enough to tell them to back off (respectfully) when they begin to take the piss. Yes…. I said it…….parents take the piss….but only if you let them.

Email ThisBlogThis!Share to TwitterShare to FacebookShare to Pinterest
Labels: marriage