So I made ten bags (eight for friends, one for the giveaway and one for myself...because I didn't kill Jesus and I deserved a galentine's day gift too dammit!) It was a bunch of budget friendly, silly stuff just aimed at putting a smile on the faces of the recipients. In addition to the bags, I made individual notes which I emailed to every recipient, saying one of the things I admired about  the recipients with a quote that embodied/encouraged/celebrated that attribute.
Here's my note to myself  because...refer to the parentheses above. 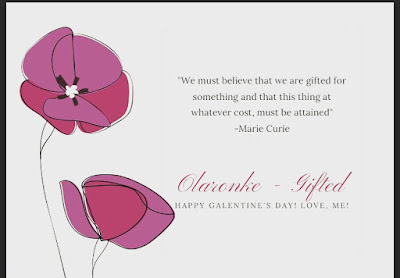 So the ladies woke up to their individual notes in their mail boxes and got their gifts later in the day. The plan was to frame the notes but...picture frames are cost abeg.

You've all seen the silly items so to say I was surprised by the response I got, would be an understatement! I thought my girls and I would just laugh it off but they were so touched and thought it was the sweetest thing. Then came the prayers. Such an emosh day. Lol

What I learnt from doing this was that it was indeed more blessed to give than to receive. It really didn't take nor cost much to lift people's spirit and put smiles on their faces. It really felt good and I was glad.

This leads to February 14.


As a singu pringu, it would be foolishness to expect a romantic valentine's day. As I am not a foolish person, I went about my regular day.

I was at a training when the first cake arrived.

I'm like:
As I was driving back from my training, I got the call that someone was waiting with another cake.

No, darlings. The cakes were not from men. They were from my sister and my sister-friend.

They both caught me totally off guard. I thought galentine's was it and I would eat all my sister and friends' cakes and "ooohhh" and "aaahhhh" at their gifts. Alas!

It was so sweet of them. And I was and still am extremely grateful.

As if that was not enough, another sister friend treated ten of us to an amazing five course sit down dinner!!

We were sitting in the middle of a large hall, cackling loudly and having a good old time while couples were trying to enjoy whispered conversations and stolen kisses. We must have ruined the ambience for them...but we didn't care. One cannot have everything, right?

Don't worry, we weren't all bitter, single women. Far from it. It was a great mix of married, single and dating girls. We had a truly amazing time and didn't leave for home till midnight. It was one of the best Valentine's days I've ever had.

Anyways, that's how my Galentine and Valentine went.

So to the giveaway. 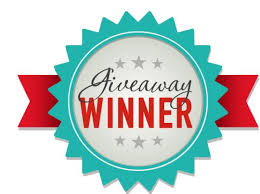 Recall that I sorta kinda hinted at a giveaway of one of the gift bags.


Well, I didn't get many comments but from what I got, one resonated so deeply with me because I feel almost the same way about my friends who have been a blessing and a great support system to me.

So without further ado, the winner of the giveaway is Toinlicious 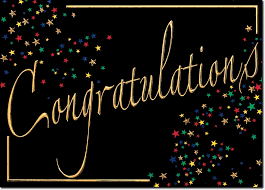 Her gift bag will be dispatched shortly.

That's how the week went guys.

Anyone willing to share their valentine's gist?
Posted by CherryWine at 5:31 PM