Thank you all for the love shown to W. She's super stoked. She wrote two articles and she was mad that I chose the one she felt was boring. See, all the love has gone to her head and she wants to unseat me from my blog....give the girl an inch.....mscheeeewwwwwww. So on to today's gist na. 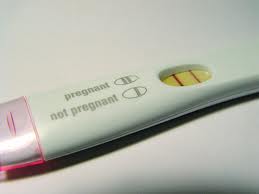 So, you know how I'm always harping on about marriage and tins, well, nothing has changed this week. Still on the topic. My gripe for today...conception as a means of getting a wedding certificate. Women are quite prepared to do literally anything to put a bling on their finger and that includes...conception.

Someone quite close to me recently went the baby route to snag herself a husband. After many years of unconditionally loving men and having it thrown back in her face, she resolved to herself that the next guy that comes along was going to be her husband by force or by fire. She achieved this by getting pregnant for a guy that was on hiatus from his previous relationship. Old girlfriend snoozed and lost. Shame.

Some people go on to enjoy meaningful relationships with their baby daddies/husbands and true love blossoms in due time but for some (often times, most) it is a nightmare because this path to 'happily ever after' is fraught with its own dangers; eg.

1. Man rejecting baby. Thereby labelling you slut which could result in two things
a. Being baby mama for some random guy and baby, by default, being a bastard or
b. Free trip (or not free; depending on generosity of man) to the abortion clinic
2. Man deciding to marry you but there's zero spark so you have a loveless marriage where man is spending more time with other babes outside the marriage resulting in you having an emotional breakdown etc

I have always found this despicable and I thought it was beneath me. I mean such tactic is underhand and for want of a better word....insane. I considered myself too sane, too worldly, too knowledgeable to stoop so low. I remember remarking about it once that '1980 called....and it wants its tactic back'.  But surprise....surprise....one relationship ago, I found myself 'seriously' considering it.

The devil is a liar!

But I swear, it was something I pondered for like 2 weeks. (Old age wants to run me down!) Example 1 a or b, most likely b would have been my lot if it had happened that I allowed ex-man inseminate me. Tufiakwa.

What is it that makes women so frustrated that they decide to hitch their star to 9 months of backache and at least 20 years of ungratefulness to land a man?

For me, it was a combination of things; I felt he was ok. If nothing, the child will have good hair (or male pattern baldness....cos ex-man had both) Secondly, he was an only child and his mother kinda-sorta liked me, so getting pregnant for him would have landed me automatic wedding if I went to cry to her and finally and most importantly I was (and still am) sick of dating. It sucks. The earlier it ends the better for me. Those were my reasons but Jesus and the fear of my parents drove the demons that were influencing me away from my head.

I have an acquaintance that did it for comfort not marriage. She got pregnant for a married man and he set her up with her own swanky spot with plenty of child care money etc. To each their own.

The fact that I was considering marrying an 'ok' man should have been my first clue that I was going bonkers. No? But I didn't clue in because as the world stands, women (including yours truly) are having to compete with themselves for the attention of very few men. This pool becomes more reduced by the fact that some of these men prefer the attention of other men (a post to come on this) .
The Blood!
So women, the very sneaky or not-so-sneaky-more-like-frustrated ones use what they have to get what they want. Providence gave us one serious weapon in our arsenal; the fact that we can get pregnant. Life enhanced this weapon by the iron sharpeneth iron theory; we are sneaky as hell.

So even though this entrapment trick has been recycled through the ages, it still proves an added advantage that sets a girl apart from the pack.


The fact and problem is a stork's arrival does not wave a magic wand to paper over a relationship that has no solid foundation in the first place. It papers over the cracks but y'all know how pesky little cracks are, they don't go away. They only get worse. However, a lot of ladies' attitude to this problem is 'we will cross that bridge when we get to it'. I mean, burying your head in the sand doesn't mean the issues will still not come to bite you in the ass. I knew this 'scam' was rampant but I didn't know how widespread until my cousin pointed it out to me.

My cousin, L, was hanging out with a couple of old school friends. A couple of drinks, a lot of squealing and laughing and 'do you remember when?'s then the gist turned to their married friends. Long story short,  if 10 of them were married, 6 had trapped their husbands with the classic unplanned pregnancies or gotten pregnant for someone else and donated it to another man. (So generous, these ladies.) To worsen matters, one of the 'Trap Brigade' girls was on hand to dispense trapping advice to her single, and in her opinion, less fortunate friends and even to those engaged to help them expedite marriage plans.

She wasn't really interested in love or friendship with the guys. It was more along the lines of what does he do? what does he earn? If he was adjudged successful, she advised them to go the 'Up Awo' route as quickly as humanly possible. Love will flourish and grow after. She saw it as a fast and frankly better way to make sure you're situated somewhere without the hassle of the agony of whether it will end up in marriage or not. She felt, she was fighting her corner and doing it brilliantly and anyone not getting on board with it was not 'sharp' and deserved their single status. My cousin and other friends went on to dissect the lives of their other friends who had married using this last ditch attempt, it was deduced that most of them were married but still living single. Their husbands are either absent or very detached. So can we say it was worth it in the end? Are they winning?

I cannot, in all good conscience, term this as a Naija babes monopoly on insanity. A friend once told me of how, when he was in school in the UK, his then girlfriend, a french girl, attempted to trap him with pregnancy. She had gotten pregnant on her mum's advice. 'Mum' had told her that dating a Nigerian going to school in the UK was like winning a silver medal (Arabs are the gold medal...if you don't know, you berra ask someborry). She had it on good authority that 98% of Naija boys schooling in the UK were from privileged  backgrounds. And we know our brothers; na them pop champers pass. They had money, swag, clothes, the works. The friend in question, drove a really nice BMW. Little Frenchie came, saw and was bowled over. Mama was right afterall. She did the nasty with ol' dude and got knocked and was insisting on a commitment of the marriage variety. Ol' dude dispatched her to the abortion clinic with immediate alacrity despite her and her mother's tantrums.

While on the topic, we cannot raise this issue without mentioning the culpability of some parents who end up compounding the problem, as soon as a child gets pregnant. They begin to raise hell and invoke fire and brimstone. "They must marry...they must marry" becomes the war cry and they bundle their child into marriage with the baby daddy, like having a child automatically means being ready for a marriage. My sister is one person who absolutely cannot stand marriage procured by this method. Pregnancy, she reasons, does not carry the same stigma it once carried. It is not a license to sentence two people that are probably incompatible and clearly, extremely stupid to LIFE.

Are we regressing as a generation? In a generation where more women are getting the benefit of an education and very wide exposure I'm shocked that we still think this way. These are just some examples. My conversation with my cousin revealed several other women who had gone down this route to land a man and I was frankly dumbfounded. I actually thought some of them had married for love. But alas......
Is the comfort of a man's paycheck and his last name really worth going against the grain and putting the cart before the horse? Am I being too idealistic? Or too judgmental? I just feel it is better to not put yourself in a compromising position than to do so and let the chips fall where they may. I think my logical mind is what is preventing me from trapping some unsuspecting man's ass; i know  that the pendulum swings both ways i.e. 50% he may decide to marry me, 50% I won't see his brake lights till Jesus comes. I CANNOT be straddled with a baby. I'm too irritable and too scared of my parents for that.


This is my opinion; that he's willing to sleep with you does not mean he loves you. That he was foolish enough to not wear a rubber or wear one that you pricked a hundred thousand holes into with weave-on needle or to forgot to pull out cos you were telling him you were on the pill or however other stupid (or devious...depending on how you look at it) means you came about the pregnancy  does not make you guys ready for marriage. It is selfish to use an innocent child as a means to an end. That's a human being, you twat.

But after all is said and done, the reason this trick has survived through the ages is that it works. Simple as that.Love seems to fade in the background more and more as an important consideration for marriage. We are not going the distance as a generation in marriage because we have set our sights on things more fleeting than the enduring power of love and we now act shocked and surprised when we are left holding the (by force) baby when the proverbial hits the fan. Men are not exempt. You are what you eat. Don't act like you don't know where babies come from. When you 'do the do', be glad if all she turns up with 9 months later is a little baba. There are worse things you could catch from sex. *justsaying.
So gentlemen, I advise you to take better care of yourself and your *you know what*.  It has become very valuable in the war against singledom.  Practice abstinence (yeah right) or do proper disposals or live to regret your carelessness.

Heard of Turkey basters?  Anyone??

Posted by CherryWine at 8:23 PM