The idea for this story is credited to my cousin, L, and our conversations about this lifestyle. Please note: this is a work of fiction. Any resemblance to anyone, living or dead is purely coincidental. All characters are fictional and of my own creation. 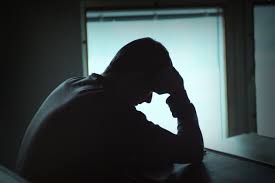 I cannot believe this has happened to me. How did I end up here???? Why did I end up here??? I mused as I raged against myself tears streaking down the corners of my eyes.
‘Sir, Miss Olorede is on the phone for you’ my secretary’s voice came over the intercom. I didn't bother acknowledging the information, so deep in thought was I. She buzzed twice and figured out I wasn't interested in responding. Smart woman. I swiveled my chair to face the wall, pondering the issues that have led up to this moment.

“I, Babatade Omotunde Jessops, take you Motunrola Omotilewa Giwa as my wife, to have and to hold, in sickness and in health, for richer, for poorer, forsaking all others, till death us do part”.

That was four years ago.

Thinking back to my vows, I actually meant every word. Motunrola saved me from myself. I was bent on self destruction following a devastating break up and Motun rescued me. I met her at the African Students’ Society of the University of Houston. I was the President and she was in a fashion show with my girl friend at the time. We became fast friends and when my girlfriend, who was 6 weeks pregnant and who I had planned on proposing to after my last exam, revealed that (a) the baby was an inconvenience and she had gotten rid of it and (b) she swung both ways and right now, the pendulum had swung to Tonya also from the African Students’ Society, I was heartbroken and needed a friend. Motunrola provided me with a shoulder to cry on. She would bring me meals and stopped me from acting the fool by calling either Sheila, the ex or Tonya, the ex’s current ‘girlfriend’.

Our friendship just grew and when I moved back home to start my NYSC, Motun stayed back and moved to New York to take the New York Bar exams.  We remained firm friends and I would randomly fly out to see her. She moved back home to attend the Nigerian Law School and serve while I started my own company. I was doing really well and it just made sense to ask her to marry me. She was single, I was single...during the day and when I wasn't sowing my wild oats... she was the only girl I could trust with my deepest, darkest secrets, she was a great listener, I adored her...it just made sense.

I proposed to Motun on her birthday in March, 2008. I had taken her, five of her friends and five of mine to Tanzania for an all expense-paid, blow out birthday party. It was awesome and she said yes. We got married in January. By November, we were expecting our first child. I was crazy happy. I was making bank and Motun was earning passably well at her job in the Legal Department of a telecoms company. We decided she was going to have the baby in the US. I wanted the best care money could buy for my wife and first child. Motun took her maternity leave and shipped off to the States.

Motun had our first child, Olakitan, in  August 2010. She suffered some complications so she was hospitalized for a while. I was at her side when Kitan was born but due to the complications, she was in the hospital longer then we had expected. I had some urgent meetings scheduled with my foreign Technical Partners back in Lagos, on the assurance of her cousins and my sister that she would be well looked after and with Motun’s blessings, I left for Lagos. Thus began my descent into the deep dark abyss my life has become.


I met her at the meeting with my Technical Partners. I walked into my boardroom and there she was, seated with the team accompanying the Technical Partners. Introductions were conducted. I wasn't interested in meeting others. I just wanted to know who she was. “This is Olawande Olorede, she’s a third year Associate with Coker, Ogunbonajo & Isaac, LP, our Legal Representatives" stated the moderator. The goddess looked at me through khol rimmed eyes and offered a demure smile. Though she was seated, I could tell a lot about her instantly. She was dressed in lawyer-garb; the smart navy blue dress, pearls on her neck and ear lobes, her hair pulled into a pony tail. She had carefully cultivated the appearance of a professional. But simmering underneath all that professionalism was an inner freak I could sense. Her eyes wrote all sorts of cheques I was certain her body would cash. I needed to get to know this girl. I forgot all about Motun, in pain, on a hospital bed. Instead, I spent the three and a half hours meeting trying to appear and sound intelligent while fighting to control my raging erection.