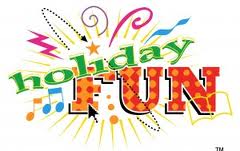 Indeed, I have been a very naughty girl with my blogging. I accept.

It is a combination of gruesome hours at work, extreme fatigue and a pesky writers' block. All probably going to get worse this year cos my supervisor at work has absconded under the pretext of going to do "Masters" (*sideeye*) leaving me by myself to man the department and a subsidiary company (God knows his house address). Sigh!!!!!

Anyways, enough of the moaning. On the bright side, I got a break from work, which sadly, like all things, has come to an end. So this is a post recapping a couple of things I did and lessons learnt rounding off the old year.

You would think with 13 days to spare, I would be out and about doing things and having fun...well, let me tell you, I had fun of a different variation...I slept!!! I will explain why this is noteworthy.

You are no kin of mine if you are unable to embark on and enjoy 10 to 15 hours of sleep. In fact  it is a proven fact that all members of my father's side of the family are sleepers who can sleep on top of water. So add this normal day fact to the fact that I was actually completely sleep deprived and exhausted, the inevitable conclusion is na sleep sure pass.
I actually took days off to catch up on my sleep and walking about my house aimlessly. Christmas day saw more of sleeping and aimless meanderings about the length and breath of my house. A very rewarding endeavor...trust me.

For this post to not be entirely about my abnormal sleeping habits, here are some things I did (besides sleeping) that may interest you. (Trust me...you care.)

1. Clubbing for the aged.
After almost 9 months of not darkening the doorsteps of a clubbing establishment, I decided to put on my dancing shoes and gerron the dance floor.

To start with, the contents of my bag were more geriatric at the nursing home than young lady about town. I had a handfan to counter the heat as well as combat dizzy spells from the all too common bane of the clubbing contingent ...oh no...not cigarette smoke...this enemy is much more aggressive and goes by the name of BODY ODOR.
I also had a pair of comfy sandals to change into after the initial gra-gra of swaying in on the requisite 4 to 6 inch heels.

I was quickly reminded of why I had stopped walking my old ass about clubs. The reasons are as follows:

a. Jesus has my heart;
b. the larger part of the crowd were my brother's people who had returned from 'the abroad' for the festive season sporting vomit inducing 'fone'; and
c. I had a 9 to 15 years head start on them in life.

I was actually approached by one these youngúns at a club called 'Sip'. It was cute.The following is the conversation that ensued between the young man who will be referred to as 'California Love' (cos he took the pains to remind me repeatedly that he had come from California, like the puke inducing, forced forne was not enough of a give away) and myself.

The worst part of the night and clubbing in Lagos  really, is the hustle to get into the clubs and the power drunk and very foul smelling bouncers.  We went to this club called Aura and people swarmed outside like the cure for cancer was inside the club. The beefcakes parading as bouncers had an attitude to match their physical stink. They kept pushing people back and just generally being rude. Like this was not bad enough, I felt my perfume flee from my body when it caught a whiff of a particularly aggressive body odor from one of the young men hustling to get into the club. I just gave up, searched for my friend and we left for a Chinese restaurant that tuned into a club after hours then to an actual Chinese restaurant for some much deserved nourishment.

Needless to say, clubbing is now officially one of my least favorite activities.

2. Compact or Camouflage? The adventure of the purchase of an IMAN compact powder.
Despite my Lagos girl know-how, I got conned out of #4,500 for a powder that makes me look like a second degree burns victim. I have never been so light and patchy in all my life!

The special lighting effect in this popular beauty shop in Ikoyi whose name sounds like 'minkabobbylyne' had me fooled that I was a dewy goddess with glowing skin that MUST be accentuated with a Luminous IMAN powder to foundation as they did not carry my boring, old Flori Roberts powder.

I allowed them to lead me to a chair amidst cries of "Ah Aunty! Skin yin fine gaaan!!! E ti e ni spots rara!!! (Ah Aunty! Your skin is so fine. You don't have any spots) ".

Then, a magic brush was produced and after several minutes of light dusting, I was luminous as promised on the pack of the powder. My glee was short-lived, when upon returning home with my expensive powder, my obviously not magic brush could not replicate the magical dewiness/luminosity that the minkabobbylyne brush had perfected.

I ended up looking like someone whose old skin and baby skin were warring with each other after a particularly aggressive chemical peel.

Things we do for the gbogbo bigz geh effect! Sigh!!

3. The Best Show Ever!!!!!!
The one, fun thing I did during this holiday was the only thing that did not cost me a penny. I went to the Bez and Friends Concert at the Eko Hotel. This was literally days after the shambles that was the Koko Concert, which thankfully, I chose a night of choco milo eating and Nollywood movies watching, over.

My sister, who has the best job on the face of the earth, scored us free tickets to the show.

That concert was a master class in event planning. Beautiful! Beautiful!! Beautiful!!! Coupled with the fact that I am a huge Bez fan, the night ended on a perfect note. Bez was charming, the live music was just on point, there was some chick who did a duet of 'More You' with Bez, whose voice is literally to die for. I just had a perfect night.
Plus he had the cutest violin player!!! *love*

Following that night, plans have been kicked into high gear to kidnap Bez and put him in a room and just creepily stroke his face while he sings 'More You', 'Zuciya Daya' and 'I know' over and over and over again. To this end, I have secured an introduction . Can someone say 'friends in right places'?
Lesson learnt: Bez is awesome! Finish!

4. Plastic Parade.
My cousin's step sister was opening her store and I was asked to come. As one who must not be a last carrier, I carried myself to the opening.

On getting there, I realized that my cousin and another friend of mine (a relative of the store owner's husband) did not want me to be great!

These binshes had invited me to a spendfest!!! The clothes were handmade and pretty. The gliteratti of Lagos had turned out in full force and in Jenifa speak "dis was the opposhunity of being a bigz geh dat I always wanted to be"

Hiding my patchy face (see item 2) behind my hair  I went to work; looking at clothes and jewelry, trying on a few things and eventually, whipping out the plastic to pay for my purchases. Alas, they were quite meager and not quite bigz geh worthy at all. But nonetheless, some garri will be ingested as penance for my foray into Lagos High Society.

Staying in one's lane is highly advised for the new year.

This concludes my holiday chronicles.

I had a lot of fun in rounding off the old year; loads of weddings and family fun. I have missed you like crazy and I have outed myself with respect to some things I was busy doing instead of blogging.

Send my cane via the comments page.

Have a fulfilling 2013 my darlings

Posted by CherryWine at 1:51 AM