I was sent this account of a new movie showing at Silverbird nationwide from a very enraged friend of mine called AA. She is so enraged, she wants to sue. And I say SUE...read on to understand her gripe.


My husband and I arrived the Silverbird Entertainment Centre in Abuja on Friday December 28, 2012 at about 8:00pm, with no particular movie in mind. Having had a tiring day at work with no time to check up the available movies, I relied heavily on the movie guide in selecting a movie. My attention was drawn to the movie “Dr. Bello” not just because it was tagged movie of the week, but also because the movie catalogue had the following information, “Starring: Maria Bello, Pierce Brosnan, Claudette Monk, Gerard Butler, Samantha Ferris” and a promotional image showing some New York buildings with a mountain in the background. 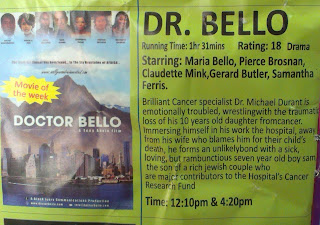 Fortunately it was delayed and was to start showing at 8:20 which made the timing perfect. Even more perfect was the fact that my husband loved Gerard Butler. So before he could take his time to locate an action movie or cartoon showing at the same time (yes, I said cartoon), I quickly pointed out that Gerard Butler would be on a screen by 8:20, so we decided to see Dr. Bello based on the information in the movie
catalogue. 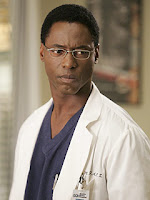 We walked into the viewing room minutes into the movie and seeing Dr.Preston Burke of Grey’s Anatomy on screen seemed a good sign of the caliber of actors and genre of the movie. As a matter of fact, I thought he was Dr. Bello. I quickly took a glance at Mr. husband, already proud of my choice of a movie. We were lucky to get a good seat; the movie progressed with some white faces in an American hospital, and some shots of the empire state building. But that was it, there was one black face at the hospital, a janitor, so I thought oh well.

Then there was Jimmy Jean-Louis, the Haiti born actor famous for his role in Phat Girlz and another black guy in a room. I’m no racist, I’m black. It’s just that when I see Gerard Butler and Pierce Brosnan on a movie schedule, I know what my expectations are, especially when you are a great critic and you’ve recommended a movie to Mr. husband who will be too glad to gloat, if your recommendation goes south.

In no time, we were in Nigeria, hearing recommendations about getting connected through MTN from Stephanie Okereke and Femi Brainard, heading to Olumo Rock, and then getting arrested by Jide Kosoko on the way to Ondo. By the time we got to Ondo with Genevieve Nnaji, we knew it was time to cut short our expectations. This was no more than an Africa magic production with a few shots in the US and a few white skinned folks. There was just no Gerard Butler in the movie called Dr. Bello, neither was there a Pierce Brosnan.

Was it a honest mistake or had Silverbird deliberately misrepresented the facts to the audience, to me most especially. Personally, I relied heavily on the movie catalogue in selecting a movie. After all, that IS the purpose of a movie catalogue. Plus, I don’t remember seeing a disclaimer anywhere like “silverbird will not be liable for any reliance on the information supplied in this movie catalogue” Dem no even born them. What then would be their job? 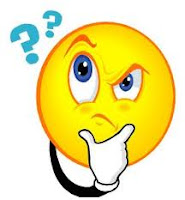 My Lawyer instincts tell me that I accepted to watch Dr. Bello, based on the representations made by Silverbird and furnished adequate consideration when I paid N3000 for two movie tickets for my husband and I, not forgetting the over-priced shawarma and fizz drinks. Once we realized there was no Gerard Butler, we were out of the screening room barely 40 minutes after we got in. I would like to think that I would be entitled to a refund or free tickets to see another movie for which I will not be relying on the
movie catalogue or perhaps a legal action may be appropriate in the circumstance because “When you purchase a product based on an ad or statement that you later learn to be untrue, you are the victim of false, or deceptive advertising. As a consumer you are protected against this type of advertising and can sue the business that released the advertisement or lodge a complaint against them to a state agency.”

Just so we’re clear. I’m not saying Dr. Bello is not a nice movie, I didn’t see it to the end so I can’t make that call. I’m saying thanks to Silverbird’s movie catalogue, I was too disappointed to appreciate the movie. Thankfully, Mr.Husband was magnanimous enough not to rub my choice of a movie in my face, but I’m personally seething at the misrepresentation and I must be appeased.

I laughed long and hard when I received this because funny enough, Lagos traffic forced me to watch this drivel disguised as a top shelf movie. I laughed and talked all the way through...which would have been fine for a comedy but not for a 'topical, heart rending drama depicting sacrifice for our brethren, our hallowed educational institutions and our efficient police force' . Gimme a break! I saw the movie all the way and it was N1,000 terribly spent. I saw an opportunity to make a great comedic movie gone to waste. The only good thing they did was to showcase rustic Nigeria and its sights and sound. They just boobooed us with Isaiah Washington. The Lord is their strength!

On a legal side, false advertisement is a standards issue and legitimate expectation is also to be considered as reasons to sue. Someone should take this up with SON or the Films Board. It is the lowest, most disgusting form of trickery. Lagos Silverbird did not lie so blatantly and the sour look on the attendant's face told me all I needed to know about the fil so I did not have any legitimate expectations that were dashed like my darling friend. Take heart ehn. Let's fight the power. If you're suing, let's make it a representative action for all the bs times that my movie will go off mid-watching without any apologies. Silverbird nationwide have the worst staff EVER. I will be happy to join in and I have a cause of action: Silverbird sucks!

Thanks for sharing AA. I really loved the write up.