DAY 6: MY VIEW ON MAINSTREAM MUSIC

I have a very eclectic taste in music. I am a huge fan of music. I think music is so powerful and I am extremely jealous of people that have musical talent; be it the ability to rap, to sing, to write songs, to play musical instruments etc. cos I have none, nada, zilch. With regards to mainstream music, I listen to mainstream music, I enjoy a few but in general, I’m not a huge fan. Anyone who knows me knows I LOOOOVVVEEE the old good-good. Shout out to my friend Ahmed Ajayi who finds random songs and sends them to me. You rock, amigo.
Like I said earlier, I love all kinds of music (except heavy metal). But I’m going to talk about rap and R&B and why I am so completely over them. I’m a huge fan of rap but when all I hear over and over again is bitches and how coitous must be had with bitches cos the rapper just got out of jail for shooting a bitch-nigga and he has money and is drinking patron in his buggatti with 22s whilst grinning like a loon and pointing at his blinged out teeth and neck, I zone out. I think in that one sentence, I’ve covered all the rap topics i.e. bitches, jail, beef, money, alcoholism, cars and bling. Don’t get me wrong, I KNOW current rap cos I have an 18 year old brother and it is what is played on the radio (I listen to the radio a lot in my car cos my cd player is temperamental and my auxiliary cable is touchy ) 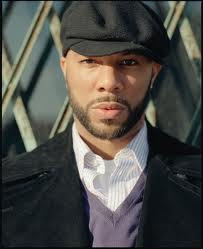 What happened to old rap where the rappers were forlorn and love-lorn? When LLCoolJ was looking for love? (I need love) When JayZ lost the best girl he ever knew? (Song Cry ) Craig Mack announcing himself to the world (Flava in your ears) the happy rappers (Sugar Hill Gang- Rappers Delight) the political rappers (RUNDMC- It’s like that ) and no, My President is black does not qualify as political rap. Rap isn’t about anything, anymore. Just a bunch of arrogant babies running around, bragging on what they have and forming unnecessary beef. We still have conscience rappers, Common who was doing then (Come close) and still doing it now, Talib Kweli. But mostly, all we have are knuckle heads with more money than sense. I’m just not getting any message from rap anymore. The funniest joke in rap is when they come out and say they are a movement. No sweeties…..Martin Luther King was a Movement. Put that on a scale of preponderance and see if ‘your’ movement qualifies because people from your hood are doing the ‘pretty boy swag’. Rappers have a lot of influence on mainstream culture and it is probably why they get away with making bad music and passing it off. So as for rap as a mainstream genre, I’m not a huge fan of the new, give me some of the old. 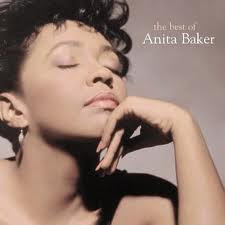 As for R&B, I’m sick of these little heifers that can’t sing who are getting record deals because they are 'brandable’and 'marketable'. I’m talking to you, Keisha Cole! I was watching E the other day and Kim Kardashian was recoding a song!!!! Wow. On Real Housewives of Atlanta, that blonde aristo bimbo recorded a song and she sounds like 50 cats being strangled with guitar strings! The entertainment world has gone nuts and I really want none of it. You have the singers that do well, but the filler pieces make me sick. I’m tired of all the gimmicks and notice-me antics of the entertainment industry….Lady Gaga….need I say more?

There are very few people in this generation that are really doing it for me. I'm loving Jill Scott, Marsha Ambrosius and Anthony David sooooo much right now. They are doing great, neo-soul songs for the grown sexy but I like old songs. I prefer them to new music. I like the people that got to the top by sheer graft and talent, not all these ‘talent’ (using the word loosely) show generation ones. People that sang amazing songs and looked like they had been in a bottle fight. Roberta Flack was no prom queen, but she sang the iconic ‘Killing me softly’. An amazing song by all standards. The girls from Detroit: Anita Baker, Diana Ross, Aretha Franklin, the other queens of R&B, Patti LaBelle, Chaka Khan, Tina Turner…… the sheer power in those voices…..my goodness. Anita Baker and the boys from BBD (Bell, Biv, Devoe) single handedly got me through the long nights of writing my Masters dissertation, alone in the 24 Hour Room. Those songs speak to me on a level that new songs don’t.
They talk to me about a deep love and connection and happiness that is lost on 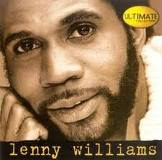 this generation of new artistes. Lenny Williams cried throughout an entire song just to let a girl know how he feels (Cause I love you) now that’s love. These songs have stood the test of time because they are about ‘something’. They are beautifully written and the creative process for the beats are on point which is why they are sampled and over sampled because they were the good shit (excuse my French) These modern songs are nothing but fluff pieces to me.
In addition, I’m sick of all the illuminati rumors. All these stars rumored to be selling their soul to the devil just for relevance. They may be rumors but I say there is no smoke without fire. Why aren’t they doing it the good, old fashioned way? Through drugs and talent like the old dudes did??!!!!!!
All I’m saying is that as far as I’m concerned, there’s not a lot that recommends current mainstream music. The musicians that are doing it well are a handful and this is not to detract anything from them. But music is now a medium of outrageousness and classlessness. Give me old songs anytime of the day. Teddy Pendergrass does it for me more than Trey Songz ( but I love Trey Songz tho. He’s a cutie)
Posted by CherryWine at 11:26 AM