I'm in better spirits since valentine's day wrapped up and left us. Glory be! This was one hell of a valentine's day tho, right? The little valentine's day that could! I'm sure St. Valentine was in the heavenlies, pissed as a honey badger when the Nigerian government was trying to mess with the exchange of singlets and boxers for rings/cars/vacations/houses! He must have gone to God, petition in hand for the postponement of this election, citing Section 10 (1) of the Constitution of Sacrificing One's Life, which states and I quote 'I didn't die for this s*#t!!!". By some 'divine providence' the elections were shifted and the val's day was allowed to proceed unhindered to the elation of Nigerian girls and the dismay of Nigerian guys. Win-win I say!

I was going to do a post in honour of valentine's day but I thought...meeeehhhh! Why contribute laughter to your valentine's day that was already on fleek before-before? As mine was devoid of plans and fleekness, I said I would keep my jolly good cheer to myself. I know you missed it. I know. Sharrapppp!!! IDon'tCareIfIAmADelusionalGoat!!!!! Just sharrap and agree that you missed my valued, humorous contribution to your lives. God bless you as you comply.

So, I thought I'd offer up some post valentine commentary about how the day unfolded in my life, vis-a-vis the merriment, exchange of gifts, expectations etc. This is going to be a pretty short post because: THERE WAS NONE OF THAT.

If you were following from the start of this post, you would notice that I said my val's day was devoid of plans and fleekness. Well...it wasn't entirely true. I made plans with a couple of girlfriends to go swimming. It was about fifteen of us and we had an awesome time, even with my non-swimming ass. I learnt a lot about swimming that day about and I have some next level under-water pictures to show for my mami-water shenanigans. Shout out to Freda and her Sony Experia! So while we were there swimming, a first girl came in with a box of cupcakes. I chested it. Small time, my friend whose fiancé is in jand was 'valed' in our very before! I chested it because there was some cake in that for me...and as you know, those who don't get...eat! My flatmate too got 'valed' and then it was only me.

I was too tired after swimming to process it, so I went to bed till the next day. My very own mother now allowed herself to be used as a device of the enemy to taunt me; asking me what I got for vals day. When I explained in the briefest of terms that I got a huge nothing, she was shocked! She reminded me with great sadness of the time when I was the valentine MVP of candy and mede-mede in our house. Toh...time and chance happens to us all.

You see, up until last year, there were four girls of marriageable age living in my parent's house. Plus my mother. Of all five women, my mother ALWAYS had the best vals day because my dad is a present-giving genius! A few years ago, she got a car. Last year, she got a valentine's day wonderland in the middle of her living room. This year, she got what she needed the most right now: a big, fat, cheque. These are just some examples of how val's day usually goes for my mum. My dad is able to read the mood and parlay that into sheer gift-giving brilliance. So she basically wanted to tell me how her day went and was obliged to ask me if mine was mildly interesting. Oh well, it was not. Flowing from that, my twenty something years old younger brother took his girlfriend on a romantic weekend to Cancun, Mexico. My sister too was not left out of the merriment of the day as someone in her office 'valed' her.

All of this had me asking myself: 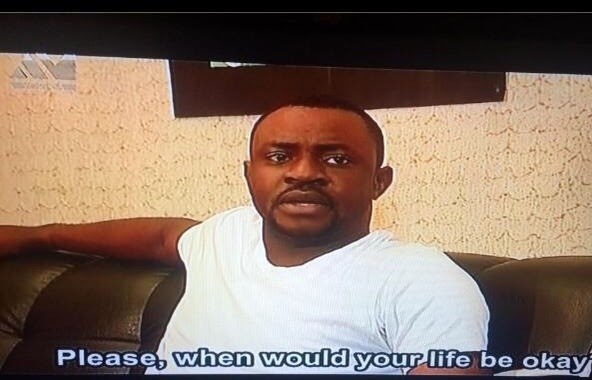 As I am presently single, I wasn't expecting too much from this val's day.  You see, I'm not devoid of toasters. Far from it. But to say I was highly astonished by the way they made like a huge sum of money left in a taxi and missed, would be an understatement.

This guy was introduced to me shortly before val's day. He took a while to call and I jokingly told the guy that was making introductions that people would not like to commit to a meet and greet shortly before valentine's day lest it reeks of an obligation to val. Well he finally called, we did drinks and subsequently we chatted. But on val's day, he was silent. That in itself wasn't the problem as I was sleeping anyways. What was curious was the barrage of bbm chats I got from him on the 15th. I have a law schoolmate who would say, the worst guys were guys without 'discretion'. I always thought this was funny. But I fully got the point last Saturday. How bloody un-circumspect could you be though?!?! I mean, we talk practically everyday and because one particular day was designated for some singlet-giving, you ran for the hills with your heels touching the nape of your neck?????????? Of course I wasn't expecting to be wined and dined and I would have been glad to converse about any other thing under the earth BUT  val's day (Sidenote: I was reminded by a guy friend of how we both used to spend valentine's day doing some heavy duty valentine-bashing! We were such Scrooges, Wams!). But alas, it wasn't to be. I guess oga thought *FalzVoice* 'let me miss before she is looking for food and Lamborghini.. i shek ha larra on 15th'. Or perhaps, I was the 'Side Toastee' and he took the 'Main Toastee' out to 'cash sum fun'. We will never know.

This one was funnier. This one has been on the case for sometime. It is never going to happen but as I've learnt, I no dey do, na im dey tear cloth. No harm no foul. There is no shape of moon eyes I have not received from this gentleman. Always sending long epistles about one feeling or the other. Oga, ko s'ona ni be...mba o. He shan't gree. Issokay na. At 2:00 am on Saturday morning, I woke up to pee only to find another long epistle from alagba ololufe in which I was basically berated for not reciprocating his affections. Ok. Tenz. That was it. I have heard of guys picking fights with their girlfriends to avoid the financial implications of vals's day. Never in all my life, have I heard of a toaster surreptitiously picking a fight to avoid a non-existent obligation. So surreptitiously fa! So as with toaster 1, it was fem! the whole day. BUT...oh yes guys...there was a twist to the story....come Monday, the regularly scheduled programming was restored in our 'relationship'. Slew after slew of long ass text messages.

Shuo! Oga, that swerve action was impeccable! Jump and pass of laive and destiny!
Ladies, gone are the days when toasters would val the resistance out of you o. We are now in austerity times. Put your money where your mouth is, is an adage for times of prosperity . Now it is put more mouth where your mouth already was...because talk is cheap. I no blame bros jare. He will now do and spend money on my head and the money will inevitably enter voice mail. He held his side stroooonnngggg! He reasoned that he will just pick up where he left off when the red, sparkly, heart-shaped dust of valentine's day has cleared. And that's exactly what he did.

So, that's how val's day went down in these ends! Trust you all had some fun sha. Who got engaged? Who was whisked away? I'm nosey, so leave a comment below.

I would like to shout out my girls, TO, TO, PS, ND, NO, F, E, etc. who were awesome dates and so much fun. Thanks for ensuring the day was not a complete bust and special thanks to TO who graciously shared her cake with the Have-Nots. Sisteh! You are blessed. Help us thank Uncle Bae who inadvertently 'valed' all of us. We happreciate!