Wow...it is a slow news day out here in Blogsville.

Having just sat my tush down since 8:39 a.m. this morning to enjoy a plate of tepid jollof rice, moi-moi and fish (oh yes chile! I'm budget-balling!!), I decided to scour Blogsphere for some gist..cos we all know, nothing goes down well with luke-warm rice like some premium amebo.

Alas, children of God...absolutely no gist. So here's my contribution to blogsphere's tedium today.

I have no gist of my own but by some unfortunate happen-stance, I was (wrongfully) labelled an amebo yesterday by MB. So since you predicted I would blog about this, here I am blogging about it. Lol.

MB runs his own concierge outfit in Lagos. Yesterday, whilst minding my business and pretending to do some work while simultaneously switching between youtube and dealdey, MB buzzes me, talking about he needed me to help him out with some issue and he tried to get through to me on Wednesday night. Y'all know I was asleep, cos..well...IT WAS NIGHT TIME! I proffered my apologies quickly cos I wanted to hear the gist. If I had known it was stomach turning gist, I would have blocked MB's number in preparation.

What happened? I hear you ask.

On Wednesday,  MB and a colleague (the Accounts Officer) went to a meeting where they had to do some serious damage control to hold on to one of their new but key clients. They got back to the office, emotions were high, one thing led to another, the next thing...POW! Accounts Officer had slapped Operations Manager. 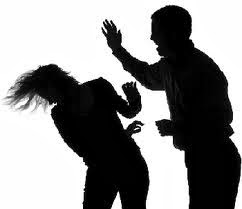 Without all these variables being present, even if Operations Manager was a dude, what the hell gives anyone the right to put the paws on ANYONE  irrespective of gender, rank or age in the workplace????? I am confused.
MB, trying to be diplomatic about a situation which IMHO defies any form of diplomacy, said they were strung out from the meeting. Why the hell didn't you go swinging at staff then, MB? Truth is, I don't give a rhymes with fork what Operations Manager did. I truly don't. We are all under pressure at our jobs and the only thing that differentiates us from kindergärtners is our ability to dialogue instead of going out swinging like a PMSing toddler. We should all know that we can have heated debates at work without being physically mauled by an emotionally unstable gorilla. The work place should be safe for all; men and women alike.

Plus that's not his wife, his sister, his daughter, his niece or his girlfriend. Not that I think it is o.k. to hit any of the foregoing (actually, IT IS NOT AT ALL O.K.! but I already covered this) but at least there is a relationship of sorts there. This is his colleague. His contemporary. At work. It is just wrong on so many levels I can't even begin to count.

Y'all know this is the one thing I hate with a burning passion. So when he asked me, I had several scenarios running through my head that would appropriately reward his behaviour e.g. have him drawn and quartered, have him flayed, have him boiled, peen first, then the rest of or have him executed by stoning and then gibbeted over the company building as an example to other happy-slappy assholes. But bearing in mind that this was 2014 not 1314, I felt it was imperative to send out a message that this sort of behaviour wasn't condoned. I felt he should be let go immediately. I think that is the only worthy punishment. Also, he should be reported to the police for battery.

MB was of two-minds cos apparently the guy is important. But if I was Operations Manager, I wouldn't want to look over the office to see the face of my assailant daily. No siree! MB's punishment was a fine and he was to write her a letter of apology. I don't think that this is adequate by any stretch of the imagination and it goes a long way in severely damaging women's rights in the workplace.

MB, honey, I hereby use this medium to appeal to you to reconsider your punishment. I once again invite you to look at this from the stand point of it were your wife, mother or sister that was given the Oshodi treatment at work, what would you want the organisation to do to that pathetic excuse of a living organism???

Folks, feel free to hit me up with your recommendations on this as well.

On a slightly hilarious note, the lady's mother; a proper isale-eko woman, as I was told, turned up to give the Accounts Manager 'the business'. It took the timely intervention of MB to prevent the guy from having his fuck-up treated the isale-eko way.

On a very sad note, my friend and colleague, DO, lost his mother after a protracted illness yesterday. Please say a word of prayer for the family. Thank you.

Posted by CherryWine at 3:53 PM