The "hook up" Due Dilligence

I would like to say a big ass thank you to my girl, LM for sharing a very bizarre story with me and being unselfish enough to allow me share it with others. Sorry it took this long tho. I was on God's business. Lol. You rock more than Elvis Presley! Also, this is not a pointed attack at anyone. I promise. 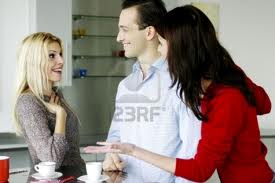 As a single girl with well-intentioned family and friends, being ‘hooked-up’ is something I cannot avoid. I’m in my late twenties and my family and friends have refused my argument that though I am single, I don’t think it is an entirely bad thing. They accept the premise; I am single, they refuse the conclusion; it is not an entirely bad thing. So there has been an endless parade of ‘Cherrywine, I gave this guy your pin….. you may thank me later’ guys. I appreciate my darling family and friends for their long-suffering and tenacity. You are the salt of the earth. Oh , I have been a beneficiary of the hook up many a time. Shout outs to my friends who have made valiant efforts to hook me up, LS-O, DB and AA and my darling cousin, LA. You guys are so great.

Hooking someone up is a terribly nice thing to do. What is a hook up? In this context, it is the act of bringing two people, believed to be a right fit, together by a third party. Sometimes, it really sucks to be alone. And friends who understand this are the salt of the earth. When you are going on a blind date, even though you try to calm yourself, there’s a fair bit of expectation. He could be the ONE! You’ve heard of so and so who were hooked up by their mum’s auntie’s hairdresser who got married six months after the first date.But what does hooking someone up have to with due diligence? Let’s start with what due diligence entails. Due diligence is essentially an act carried out with a certain standard of care. It is a common law principle mostly used in contract and commercial law and it mostly relates to investigations carried out by one company on another when they are in the process of entering a partnership, executing a merger or takeover or an outright buy out.
To effectively explain the dependencies of these two concepts on each other, I first have to tell you a story……..

Once upon a time, in the city of Abuja, there was a gorgeous girl, LM, who was locked in a flat somewhere in the city. She wondered to herself.....'hmmmm.....how do I alleviate this boredom?' A light bulb went...... ok enough nonsense. Let me just get to the story. So my friend LM, told me this story. We all know Abuja is a very boring place. LM has a very bubbly personality and she cannot abide any lack of action. So she was on the phone with a friend who lives out of town, and she was moaning about how boring Abuja was and how she needs someone to help her ease the boredom. And the friend had a great idea. She said she knows a guy who lives in Abuja and who she thinks would be perfect company for her. And they can take it as fast or as slow as they liked. Fantastic idea. It was the very thing my friend needed; a cute boy with whom to shoot the breeze with very heavy doses of flirting etc. So numbers were exchanged and the first phone call to establish contact was made. they agreed to meet at the pool. LM was hanging out at the pool with her friends, when the hook up arrived with a friend. Amongst LM posse was an apparently openly gay guy. They left the pool and went to a house to chill and while they were all there, LM started noticing some untoward things; the hook up wasn't attentive and didn't appear to be into her, instead, he was paying rapt attention to the gay guy and following him everywhere with his eyes. LM and her gay friend started to dance and they were talking about the hook up and her friend confided in her that the hook up had been all over him since they were at the pool. LM thought to give the guy a longer rope with which to hang himself. Even though she had decided to do this, the hook up's next action surprised her. When the party was about to disperse, in LM's own words "it was as if the guy couldn't hold it anymore and he just damned the consequences and begged for my friend's number and that one kept telling him to ask me for the number as he did not know his number off hand". I believe this was the guy’s way of trying to steer him back to LM but the guy was having none of it.

Need I say more? I don’t need to, but I will. Guys, it is nice to want to hook your friend up but abeg, carry out the hook up due diligence. But CherryWine, why would you hold a person that wants to do you a favor to such a high standard? These people are only trying to be nice to you. True. But here’s the thing, a hook up gone bad can destroy a lot of things including friendships. The hook up is a beautiful thing. When the going is good, you, the hook-upper cannot be praised enough but when things go south, you become the bad guy with terrible friends. So why not save yourself the heartache by conducting your own due diligence before you hook two ill matched people up?
You must consider a number of things before you make a match. Match.com will not randomly throw people together…..ok, I guess it is a bit random but in the words of Dr Sheldon Cooper they use ‘some hokum that passes for science’ to generate a match. So hook uppers, you must get your Match.com on. I suggest you make a checklist. I have here a generic checklist of questions that I feel are relevant. You could ask some other tailor-made questions too but here are my top questions.

a.       Sexual preference: oh yes! We have reached that stage in life where it can no longer be assumed or taken for granted that because a person is a boy, he must like girls and vice-versa. A simple question like ‘so what’s YOUR deal’ *wink-wink* would have gone a long way in helping my friend. If you ask me to hook you up (for those of you that know me personally) don’t be mad when I ask you what your sexual orientation is. No one is to be trusted these days.
b.      Religious background: this is a biggie to many people. My father told me he will not attend my wedding if I marry outside my religion. A lot of  my friends know this. So if you meet a cute guy and you want to hook us up, before I even set my eyes on him, find out if he is someone I can take home to my parents. This way we can weed out the ones that won't make it to my front door.

Educational qualifications: this may be important to just me.It is very important to me and a few people I know too.Nobody is trying to end with some dick-swinging ignoramus (excuse my french) who doesn't know the difference between Anthrax and Amtrak. Having said that, it may not be important to some people. But it is always good to know.

d.   Employment: well, does he have a job????  What does she do????  ‘I don’t know” is not a good answer, hook-upper. This is not even about income or whatever. This is about potential.  Yes they are not dating yet, but prospects play a huge role in the eventual decision of a person being hooked up. I don’t want to be hooked up with a guy who finished university in 1998 and has not held down a job since. That would suck cos you’ve hooked me up with…..yup….you guessed it….A LOSER! And 'employment' is really relative. A guy was asking me out and he ran a very successful luxury goods store….he sold designer clothes etc. yes he had money and in his own right, he was successful, that success doesn’t translate to my house. My father would be horrified that I was dating a clothes seller. My father sees those kind of businesses as the concern of women. I'm that girl who cannot date a musician. Not just because my parents will be horrified (they’re  bourgeoisie…oui…oui) but cos I would be horrified personally (I’m also bourgeoisie….oui…oui)

e.       Is he/she married:  yes o. Say what you want but this question is soooooo important. I know so many people that have hooked up with married folks. In this day and age of oshi ati iranu, this is a valid line of questioning. Some people don’t care about marital status but it good they sha know. 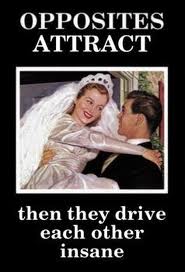 That’s for the generic part.  A 'working' knowledge of your friend is necessary to formulate the not so generic questions. These are the little nuances that are unique to specific people and could make or break a relationship. Take me for example, I’m a pretty happy person, I enjoy a good laugh . Why would you hook me up with someone whose sense of humor has been surgically removed? Why?   The biggest lie the devil ever told is opposites attract. Na lie. The opposite they are talking about is not light years apart. It is more I like vermicelli, you like tagliatelle but we both like pasta. There must be a common ground and then maybe a variation of the specifics of that common ground. When you are ready to settle down and the other party is not, that is not a profitable hook up or the type of ‘opposites attract’ you will appreciate.

Final thots: Hook ups should not be based on face value anymore. You need to know key details so that in the end your friend who you are helping out can make an informed choice and indeed be grateful for your help. If you have done all that you can do in your own rights, the rest is now left to the parties. Nobody is going in blindly without any help to aid them in feeling their way about. I was just so stunned when O heard what happened to my friend and I figured that if a few, key questions had been asked, things may or may not have been revealed but the hook-upper in that case, would have had the satisfaction of knowing that she did all that she could. Please let’s be mindful of each other.