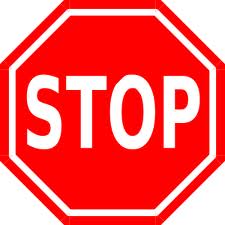 I talk about a lot of things on this blog but there is one particular thing that I love that I've not dedicated any space on this blog to. God. There have been hints on various posts that I'm a christian. I was born into an Anglican family but I'm just starting to develop a personal relationship with God. So far, it has been interesting. This is not the post where I quote a hundred thousand bible verses to prove my christianity. I just want to talk a little bit about my 'process'.

Like I said, I was born into a christian family. Both my parents are born again. Church was something I did. We went to church in my house on Sundays and sometimes during the week too. I happily trudged along. When I became a teenager, church became more of a social outing for me. The only reason I went to church was to look cute and mean mug the boys I quite fancied but would swallow a grenade whole before admitting. Fun times. :) That continued for a few years till I went to University in England. I was away for five years. When I was away in school, I NEVER went to church. Imagine that. Almost three years of not going to church. I often consoled myself that I couldn't find any church I liked and that's why I didn't go to church. But anytime I went 'home' to London, I would go to the local Redeemed Church. That was no skin off my nose because the Pastor had the hottest 4 sons you ever did see. They are semi-famous so I won't name names. But for those eye candies, I would get out of bed, carefully apply my make up and plaster a smile on my face and go and 'do' church. Then I started my Masters Degree and I went to church a grand total of 3 times and one of which was when my mum came to visit from Lagos. And she was quite happy when some old white lady recognized me in the church. That cemented that I was a church goer in her eyes. Confession: that lady didn't know me from a stick of gum! You know that thing where all black people look alike to white people? I'm guessing that's what happened. She probably mistook me for my flatmate or some other black girl. But I capitalized on it. And all was hunky dory. My mother dearest was satisfied that I had not crossed to the dark side and knowing my mother, she would have reported back to my father. My excuses for not going to church when my flatmate was getting ready ranged from; it is too cold, to I'm tired, to I just don't feel like it. 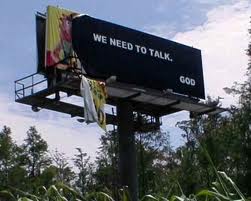 The real reason I wasn't going to church was that I was running away from God. I can see that now cos we all know how hindsight is. As a christian that grew up in Nigeria, I didn't really believe that portion of the bible that said 'there is therefore no condemnation for them that are in Christ'. My understanding of Christianity was that as soon as you came to Christ, you are not allowed to make any mistakes ever again. And that once you commit any sin, you are cast out of the fold. That is how some ministries operate. The forgiveness aspect of Christianity is glossed over but the condemnation bit cannot be over-emphasized. It is a case of 'how dare you sin! This man died for you and you sinned! Ha! Ha!! Haaaa!!! You are going to BURN to a crisp. You bastard sinner'.....*dramatic spit*
So instead of facing all that drama, I decided to cut and run. Oh, I prayed. One month, I prayed every day and night. Other times, it was when I needed to finish my coursework or I was in some kind of academic trouble. I was running from God cos I was doing things that were not pleasing to God. Things I'm not going to put on here but know they were not good enough. And I felt, well, I'm already cast out from the fold so why not make optimal use of my 'casted' out time and just do my dirt on my own without some God Botherers sweating me about it. And that's what I did. I wallowed in my unrepentance. And the devil, crafty bastard that he is, used that opportunity to help me 'diversify'. So I went from doing one unwholesome thing to doing multiple unwholesome things.

I knew in myself that I wasn't living right. I was incomplete to a large extent. And you know when you're not right with God and you enter a christian gathering where prophecies are coming forth with full speed and you're like 'nobody better see squat about me here' and you become jittery like a hoe at a Bishop's convention and you can't wait to leave. And by virtue of my parents status within the christian circles, they befriended a lot of pastors who would come to our house any time we were around for the holidays and lay hands on us. I'm walking into the living room confessing all my sins because I didn't want them to see anything they may say aloud to my parents hearing because that would be Game Over for me.


And this attitude went on for years; fear mixed with defiance. I didn't want to let God in yet but I was scared of what might happen if I didn't. And even on the few occasions when I made it to church, I would have spent Saturday 'kicking ass and taking names' and just when I would be getting into the worship, a niggling voice would creep in and convulse with laughter at how hypocritical I was looking and the shame would make me clamp up and sit my fake ass down. A friend told me once that the devil, unlike God, is not omni-present so what he does is that he attempts to use the gifts of God; our memories and imaginations, against us. So he can't be there to torment you all the time, so he let's thoughts of things you've done, keep you awake at night and disturb your communion with God. this was so true for me. I just didn't want that voice judging and laughing at me so I ran from God. 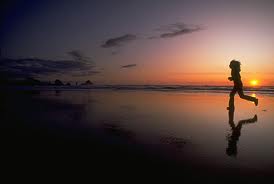 But God's wisdom is the only valid wisdom on earth and His ways are not our ways. Those things that I thought were completely horrible, though they were, were not difficult for God to understand and pardon because above all things, He wants for me to prosper as my soul also prospers and His thoughts concerning me are of good, to bring me to an expected end. I'm starting to know God for myself and he's not the stuffy icon of myths but a very dynamic being. I make bold to say that the Ancient of days is cooler than most of your friends. He is so cool. It is only God you can tell that you murdered a man and He will forgive and accept you no questions asked because there is no condemnation for them who are in Him. How cool is that? How many people can do that? They say they are not judging you but they are thanking God that they are not you and are not in your shoes. He is so dynamic in that though He is not compromising in His values, He is so evolved that He understands the problems of yesteryear and those of today and He deals with them in a fashion that is tailor made to every issue.
When I stopped running and started to attempt to delve into the mind of God, I began to realize how much time I had wasted and how unnecessary my agony had been. It is not God's will and wish that I should perish. So His hands had been wide open the whole time and instead of running to them, I decided to stay where i was being pinched and prodded. No ground breaking event happened to turn me to God. I kept waiting for such an event but in time, I came to realize grace was available and I was a fool for not taking advantage of it. Am I a completely different person? No, but I'm getting there. My orientation is changing. It is like when you are an addict and you go to rehab, they say rehab teaches you new responses to issues. So instead of turning to drugs or whatever, you learn a new way to cope. So I'm learning new responses. It is a process and everyone goes through it in their own time. There are struggles and challenges because, my factory setting: child of God, has been reconfigured and for twenty something years, I've lived my life according to this reconfiguration and it is time to hit the reset button and it is being pushed slowly. Like I said, I'm getting there and this is a snippet of what my process has been like.

Final thots: I don't know if this could be termed as preaching but if it is, dang, I'm a preacher now. Lol. But I just wanted to share this process because I'm sure there a lot of people out there who like me, have been afraid to turn to God or who some sanctimonious Christians, playing religion, have scared away. The bible says my people perish for lack of knowledge. If you take time to know God for yourself, you will find that he is everything you need rolled into one, God is funny, sweet, loving, giving, forgiving and on and on. He demands YOUR best, not the best you have copied off of some Bro. Moses. A lot of us fall short because we want to be all these things we think are pleasing to God but we are really just living up to People's standards and not God's. He wants you for who you are, to obey and love him and that's as simple as my Christianity is. No extras.
With these few points of mine, I hope I have been able to convince you and not confuse you to stop running away from God ( does anyone remember those crappy debates? Lol)
Posted by CherryWine at 9:44 AM